A feast of Hypercars up for grabs 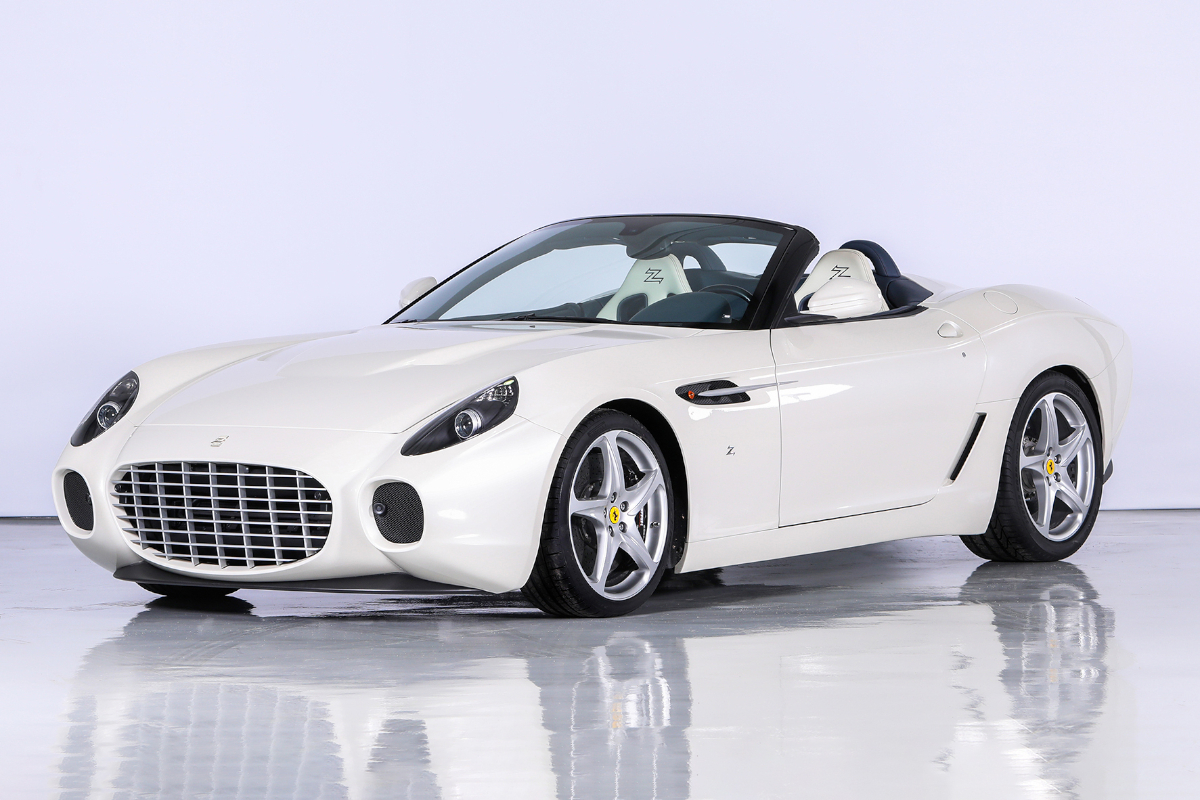 In the market for a Hypercar or two? Good, then Silverstone Auctions have got just the thing for you, but you might have to hop on a plane to Riyadh which sounds like a terrible hardship, right?

The Riyadh Car Show Auction is offering some of the most exotic and highest quality hypercars and supercars even seen in one place, hosted by Silverstone Auctions on the 22ndNovember.

The star lot on offer is a 2010 Ferrari 599 GTZ Zagato Nibbio Spyder. Based on the Ferrari 599 GTB, nine of these GTZs were made of which only two were Spyders. Zagato is synonymous with specialist and exclusive car design and taking it to the next level. The Nibbio was just that, a client wanted something that was a bit more special from his 599GTB and Zagato set about redesigning it, including the trademark double bubble. Such was the success they went on to build nine cars of which just two were Spyders including this sparkling white version, which has not been used since conversion, still with 10,477km on the clock.

If you want a supercar that stands out from the crowd, you can’t go wrong with a Pagani. This 2013 Pagani Huayra Coupe is a very rare car, one of 100 Coupes produced and has just 700km on the clock. With stunning performance from the Mercedes-Benz engine and active aerodynamics to keep it firmly planted on the road, this 720bhp supercar can go from 0 to 100kph in 3.0 seconds. This is a beautifully prepared car.

If we go back to 1985, this was the era of Group B rallying and several manufacturers wanted to get involved including Ferrari. In order to do so, they had to build an homologation special to meet the rules prior to taking part. So Ferrari created the 288 GTO, a car that is legendary and limited in numbers. This particular car is the

The car above is 135th built and once owned by the fanatical car collector and radio presenter Chris Evans and once formed part of his White Collection. Now fully restored and presented in Rosso Corsa with a Nero interior, this car has been subjected to a restoration costing in excess of £150,000 in 2009. This is an extremely desirable car and one for any Ferrari collector.

Now we are going back even further to 1955 and to a classic car that is instantly recognisable, the Mercedes-Benz 300SL. This is one very special car, beautifully presented and restored by one of the top Gullwing specialists in the world, Brabus GmbH of Bottrop. To this day the 300SL Gullwing draws crowds, it is a beautiful car and one model that proved more successful than Mercedes first thought. Derived from the famous 300SLR and with the infamous Gullwing doors, this gleaming black example is an absolute joy to behold.

If you have a few million burning a hole in your pocket and want to find out more about the Riyadh Car Show Auction and to view the lots visit the Silverstone Auctions website.

A feast of Hypercars up for grabs
.